Incompatible data states either the housing market in the US is back to its normal state or still in the state of no progress and improvement.  It is truly confusing, but in reality, compared to the downtrend the housing market had experience, it is much better off.
Statistics would show that there was about 5.4% increase year-over-year of home values at the end of the May nationwide.  It is believed that it will still rise up of an additional 2.9% over the next year.  Although there is a positive rise in the prices, the home values are still significantly lower as compared to its values before pre-crash peaks.  At this time, the home value of average home in the US is still 12% lower than its value from its pre-crash peaks.  Though there was an increase as compared to last year, the interest rates on a fixed rate mortgage with a term of 30 years are still significantly low roughly by 4%.
Based on a survey conducted by Zillow, the low prices and low rates drive the demand of the real estate market. In the survey, renters who desire to acquire a house within the next year is up by 4 million.
It had already been five years since the occurrence of the worse effects of recession was at its highest. The market is improving but there is still a long way to go for it to recover.  There three main reasons why the housing market has not yet formalized.
First, the nationwide decline of the home values during recession was not the typical decline experience by the market.  This unprecedented decline still greatly affects and is one of the factors of the slow recovery of the real estate market.  Second, the interest rates on mortgages are traditionally low causing it to boost affordability nationwide and increase the growth of the demand.  Lastly, the extreme decline on home values resulted to a negative equity.  With this, it was harder for those who have owed more in their mortgage than the worth of their home, to sell their home.
Fortunately, these reasons identified are slowly normalizing though it still signifies a key spin in a market that remained distorted between its key players, the buyers, sellers, homeowners and renters.
The negative equity on homeowners with mortgages had impacted a lot of homes for sale and a lot of qualified buyers.  Consecutively, it affected the number of new and existing home sales which began to rise but still below normal.
Also, the national homeownership had dropped to its lowest level at the rate of 65%.  The household formation rate is also slow since the duration of the younger generation today to live with their parents is longer than before.
Renting a house is likely the trend of today.  Household renting rate percentage had gone up even if there was a drop in home values.  Rent have increased by 52% since 2000, double the speed of wage growth over the same time.  In 90 large markets, renters are paying rent at 30% more than their income earned.
Mostly, homes are within your means nationwide.  But in a few markets, such as Bay Area and Southern California, homes are expensive compared to normal rates even those homes with very low rates of their mortgages.  Buyers in this area spend a lot of their income on mortgage than they did during pre-recession.  To be able to maintain affordable homes in these areas, salaries and income earned needed to grow at a faster rate or home values will have to come down in the level where the buyers can attain. 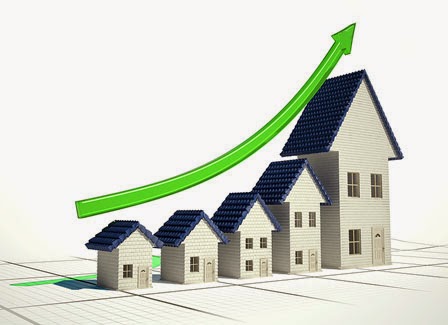 Homeowners with rates in the range of 3% today may be hesitant or will no longer be capable to buy again when mortgage rates are above 5%.  Slowing the growth of home values would mean a slow pace on the decrease of negative equity.  These factors will surely affect to diminish the number of home sales.
The acceleration of the housing market since its downfall had been tremendously optimistic.  But, there is still a long way for the market to be back at its normal and balanced state.
For more information visit milehighruralland.com
Mile High Rural Land